This was an ambitious and eclectic festival set in the beautifully quaint town of Lincoln, with its impressive gothic cathedral sat upon an extremely steep hill overlooking the flatlands of Lincolnshire. 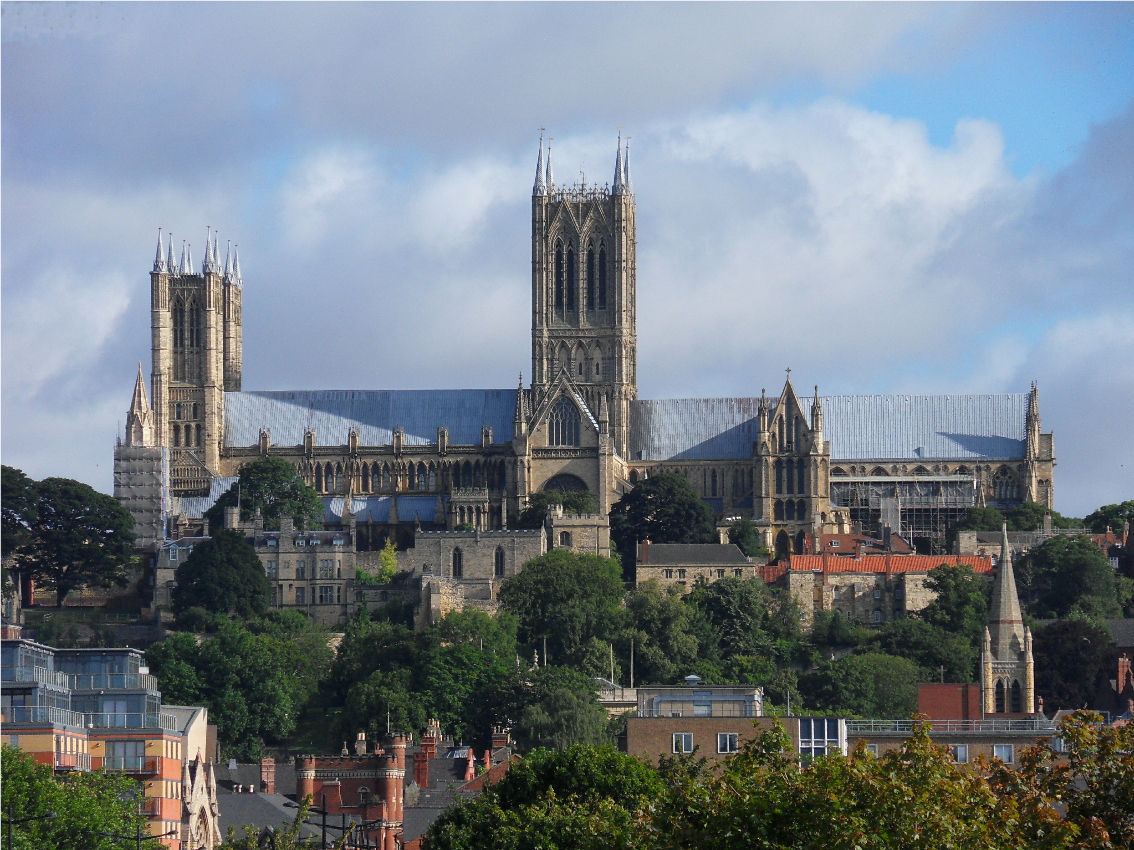 Venues included empty shops, basements of banks, churches, a museum and a theatre. There were also virtual exhibits some created by outdoor projections and others accessible via mobile phone.

The highlight for me was a work by Me and the Machine..and perhaps because I had too high expectations, though visually stunning, I was a little disappointed by Wife.

After checking in at the front of a disused shop we were ushered round an alleyway into the back of the building, waiting until a door opened and one person at a time was welcomed in. The instructor explained a few details about the equipment he was about to fit me with – a pair of immersive video glasses and headphones, telling me that initially I would not see anything, before he reappeared in the video glasses telling me to stand still before he walked away. A voice then told me to look down, I did and saw a torso, legs and feet that were not my own, I was female and was informed that my name was Johanne. Someone appeared in front of me with a fluffy white object and moved it towards the left hand side of my body, at the same time someone in the real world out there touched my left hand with a fluffy object – it was very disconcerting! I was instructed to walk step by step, someone out there guiding me all the time looking down at my new legs and feet moving in a peculiar unfamiliar manner., I danced with a variety of women with someone out there holding my hands, I was given a lollipop to hold (real and virtual) which was sadly taken away. There was an interview, I chose a fragrance and was sprayed with it (lime), I was given a gun and told to shoot some poor blindfolded prisoners, which I did, luckily they were simply drenched with gunk. 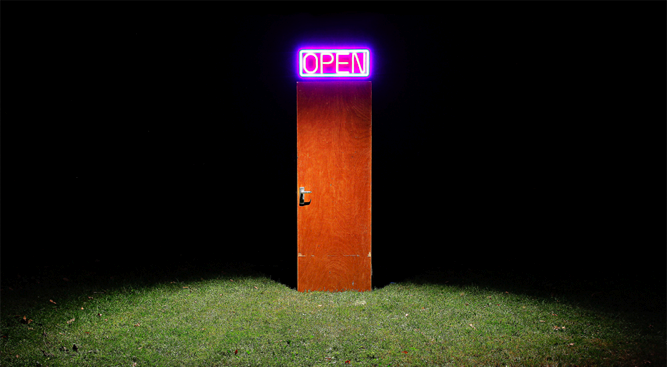 I became completely immersed in this dream like space set in a what felt like an infinite grassy field at night-time, meeting and interacting with a variety of other characters. It was a very odd virtual reality narrative that kept you on the edge, for ever wondering nervously what was going to happen next. the ending took you back into the real world, a waiting room to sit and come back to reality – this really was the show of your life.

A wonderful engaging and intelligent work of art, technology used effectively such that it was transparent, there was a story and a message to tell, the content and its philosophical/political/social ideas came foremost. I obeyed all the instructions, I did everything that was asked and answered questions that were asked of me – even though in reality I was simply watching a video. Questions arose over identity, subservience,  obedience and issues over the nature of reality and dreams, the real and the artificial – and the powerful impact and potential of immersive technologies.

The Grey Ones – Wife
I have a special interest in the use of projection mapping and earlier had seen the installation Conversio by Trope that had used this technique to produce a captivating magical installation and was looking forward to seeing Wife live. Perhaps I just cannot engage with non narrative swaying bodies and flashy video projections, albeit clever and visually stunning, but I felt as if I was watching a live pop promo or a product launch. 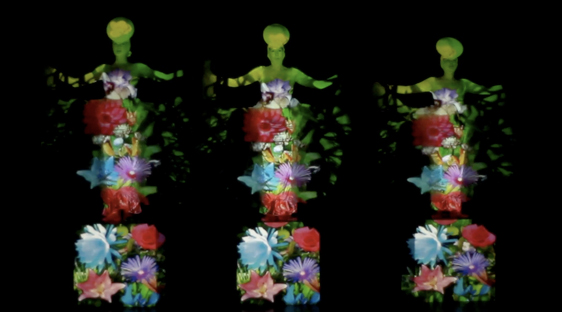 Three performers on pedestals in white gesticulating together in time with a variety of firework like video projections accompanied by pounding, thumping and somewhat relentless music. Where was the narrative, the meaning, the engagement with content? I would have liked to see the dancers take on different characters and interact with each rather than a series of synchronised gesticulating body sculptures.

Dial Ulrike and Eamon Compliant – Blast Theory
Blast Theory’s “Dial Ulrike and Eamon Compliant” was advertised as being the world premiere – simply not true – it has been on show in various forms since 2009. You rang a number from your mobile and pressed a button to choose a character, Ulrike or Eamon. The work left me cold and I did not bother to listen any further to what amounted to a vaguely interactive answering machine narrative full of expletives and an attempt at creating tension through graphically described acts of violence. If this had been designed to take you on a journey through Lincoln, perhaps using GPS it might have worked, however it felt fake, generic and did not engage.

Other Works
I have focussed on works that used technology as their primary means of expression, I also saw a variety of of video installations, sound works, works about GPS, mapping and surveillance. Two memorable installations were located in the Chad Varah Chapel.

Alexis Rago combined ceramics with mysticism to create a sculptural installation within the main chapel. 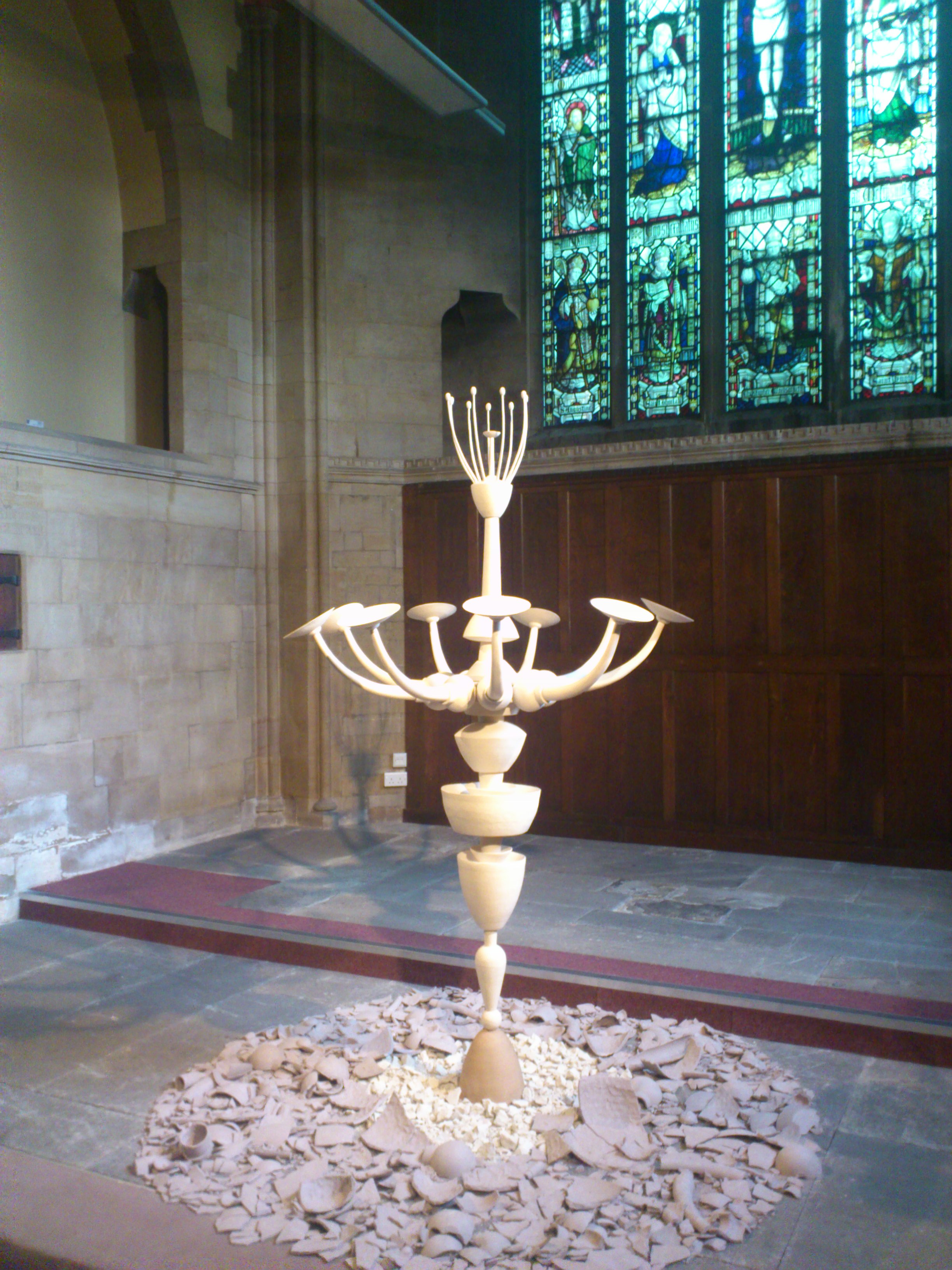 The sculpture in its religious setting, accompanied by dark ominous soundscapes, appeared as a biological receiver or transmitter of the esoteric, the setting worked beautifully and the work created a strange sense of suspended magic and purpose.

General Practice, a Lincoln collective, produced an installation of an altogether different aesthetic with its installation entitled 14″ Mulch. 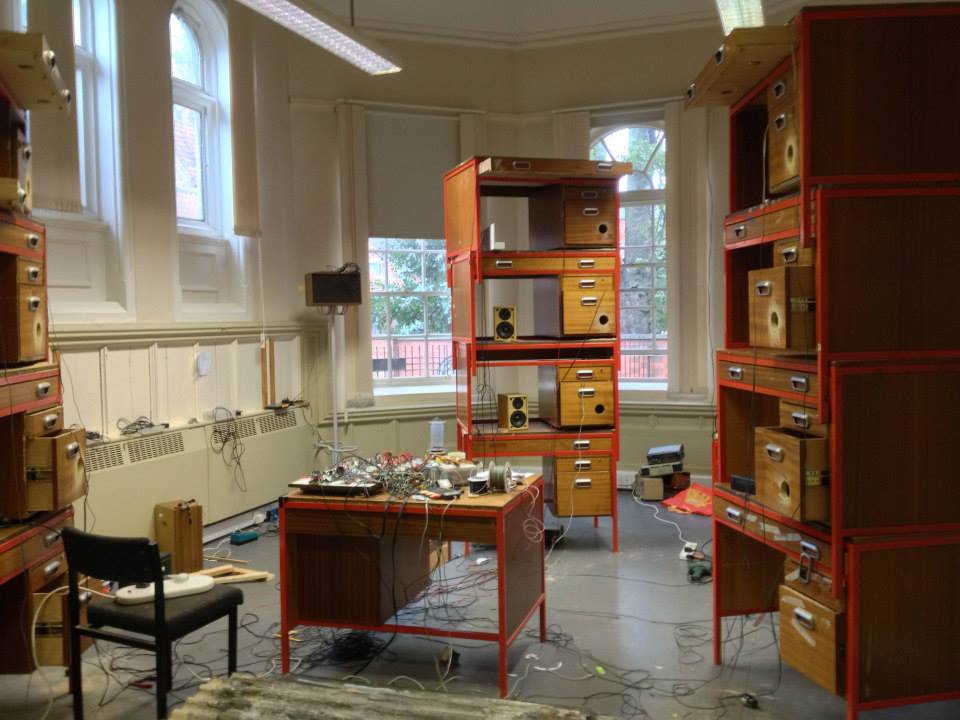 A  looping cacophony of sounds emitted by small speakers embedded in the office furniture and around the walls produced a hybrid soundscape sitting somewhere between industrial machinery and sheep like bleatings. The visual aesthetic was playful and fun, circuitry exposed, a DIY hackspace aesthetic of multiple arduinos, home built circuits and spaghetti wiring.. 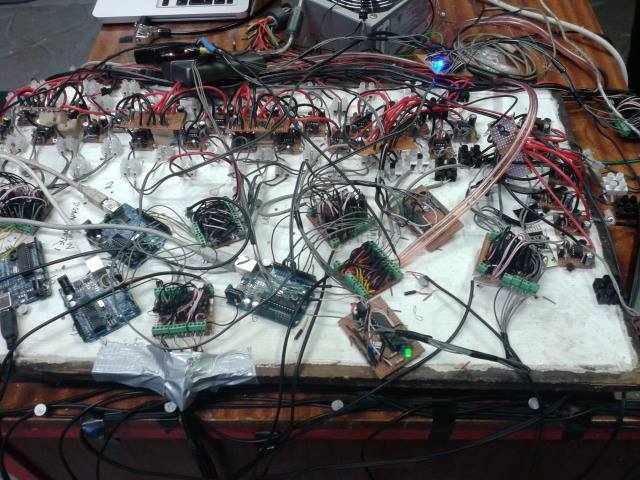